Evan Rachel Wood began acting in the 1990s, appearing in several television series, including American Gothic (1995–96) and Once and Again (1999–2002). Wood made her debut as a leading film actress at the age of nine in Digging to China (1998) and became well known for her Golden Globe-nominated role as troubled, drug-addicted teenager Tracy Louise Freeland in the teen drama film Thirteen (2003).

Her personal life, particularly her relationship with Marilyn Manson, to whom she was previously engaged, has attracted press attention. In 2012, she married English actor Jamie Bell, with whom she has one son. They separated in 2014 after two years of marriage.In September 2006, Wood received Premiere magazine’s “Spotlight Award for Emerging Talent.” Also in 2006, she was described by The Guardian as being “wise beyond her years” and as “one of the best actresses of her generation.”
Wood was awarded the 2007 Cannes Film Festival Chopard Trophy for Female Revelation for her performance.

Across the Universe, a Julie Taymor-directed musical that was nominated for a Golden Globe and an Academy Award and was set in Liverpool, New York City, and Vietnam, focused on the tribulations of several characters during the counter-cultural revolution of the 1960s. It was set to the songs of The Beatles. Wood, who has described the music of The Beatles as a major part of her life, played Lucy, who develops a relationship with Jude (Jim Sturgess). The film featured her singing musical numbers and she describes the role as her favorite, calling director Julie Taymor “one of the most amazing directors out there.” One critic wrote that “Wood brings much-needed emotional depth.” Wood provided the voice of an alien named Mala, a mechanically inclined free-thinker, in Battle for Terra, a 2008 computer-animated science fiction film about a peaceful alien planet that faces destruction from colonization by the displaced remainder of the human race. The film won the 2008 Grand Prize at the Ottawa International Animation Festival. The film showed at the San Francisco International Film Festival, where she received an award at the Midnight Awards along with Elijah Wood.


The Life Before Her Eyes

Wood starred in 2008’s Vadim Perelman-directed The Life Before Her Eyes, based on the Laura Kasischke novel of the same name, about the friendship of two teens of opposite character who are involved in a Columbine-like shooting incident at their school and are forced to make an impossible choice. Wood played the younger version of Uma Thurman’s character, Diana. One critic cited her performance as “hands-down extraordinary”. Wood stated that she intended the film to be the last one in which she played a teenager.

In the same year, she also co-starred in director Darren Aronofsky’s The Wrestler, winner of the Golden Lion Award for Best Film at the Venice Film Festival, about Randy “Ram” Robinson (Mickey Rourke), a professional wrestler from the 1980s who is forced to retire after a heart attack threatens to kill him the next time he wrestles. Wood played Stephanie, Randy “Ram” Robinson’s estranged daughter. Of her performance, one critic wrote, “Once her character stops stonewalling her father and hears him out, Wood provides a fine foil for Rourke in their turbulent scenes together.”
Wood co-starred in Woody Allen’s Whatever Works, which premiered at the 2009 Tribeca Film Festival, playing the young wife of Larry David’s character. In May 2009, she played Juliet in six fundraising performances of William Shakespeare’s Romeo and Juliet at the Theater In The Park; the production was directed by her brother, who also starred.Wood had a recurring role in the second and third seasons of the HBO supernatural drama series, True Blood, from 2009 to 2011 as Sophie-Anne Leclerq. Wood had a role in the film The Conspirator, which premiered at Ford’s Theatre in Washington D. C. in April, 2011, directed by Robert Redford (about the conspiracy surrounding the assassination of Abraham Lincoln). She also had a role in The Ides of March. She portrayed the title character’s daughter in the 2011 HBO miniseries Mildred Pierce,[citation needed] for which she was nominated for the Primetime Emmy Award for Outstanding Supporting Actor in a Miniseries or a Movie.

Wood played Gabi in the 2013 psychological romantic thriller film Charlie Countryman with Shia LaBeouf and Rupert Grint. She voiced Marianne in the 2015 film Strange Magic. She is featured with Chris Evans in a 2016 ad for Gucci Guilty Eau fragrances. Wood currently has a starring role as Dolores Abernathy in the HBO series Westworld. 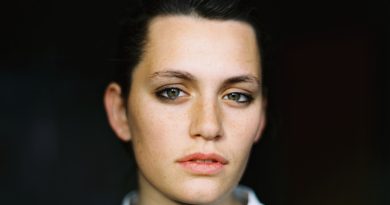 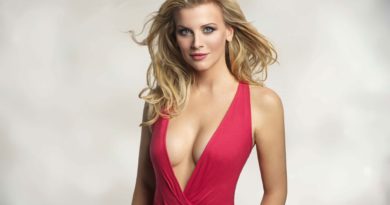