The daughter of actor-musician Lenny Kravitz and actress Lisa Bonet, Kravitz achieved recognition for her portrayal of Angel Salvadore in the 2011 superhero film X-Men: First Class, which was followed by supporting roles in The Divergent Series (2014–2016) and Mad Max: Fury Road (2015).

Kravitz made her acting debut in the 2007 romantic comedy film No Reservations. Since then, she has starred as Leta Lestrange in the Harry Potter spin-off film Fantastic Beasts and Where to Find Them (2016) and its 2018 sequel, and as Selina Kyle / Catwoman in The Lego Batman Movie (2017) and The Batman (2021). She also had starring roles in numerous independent films, including Dope (2015), Adam Green’s Aladdin (2016), and Gemini (2017). In addition, Kravitz portrayed lead roles in the HBO drama series Big Little Lies (2017–present) and the Hulu romantic comedy series High Fidelity (2020–present).

In addition to acting, Kravitz has worked as a model and musician. She was the face of Vera Wang’s Princess fragrance in 2009, and has modeled for Venus Zine and Elle. She fronts the band Lolawolf and released the album Calm Down in 2014. The band has opened for Lily Allen and Miley Cyrus and played a number of music festivals. She has also collaborated with various artists, such as Drake and Janelle Monáe.

In 2011, Kravitz appeared in the coming-of-age film Yelling to the Sky. She also appeared in eight episodes of the Showtime television series Californication, in which she portrayed Pearl, the vocalist of the all-female band Queens of Dogtown.That same year she portrayed the comic book character Angel Salvadore in X-Men: First Class. Kravitz filmed her scenes in London and performed wire work for her role, to simulate her character’s ability to fly. In late 2011, Kravitz completed work on a film with the working title Treading Water, which was eventually released in 2013, renamed The Boy Who Smells Like Fish.

In 2013, she co-starred in After Earth. In 2014, she portrayed the character Christina in Divergent. Kravitz reprised her role in the sequels Insurgent and Allegiant. Also in 2014, she starred in the independent drama The Road Within and the romantic comedy Pretend We’re Kissing. She also appeared in the drama Good Kill.

In 2015, Kravitz appeared in the comedy-drama Dope and in Mad Max: Fury Road. In 2016, she co-starred in the action thriller Vincent N Roxxy and appeared in the independent film Adam Green’s Aladdin. Kravitz also had a cameo in the Harry Potter spin-off Fantastic Beasts and Where to Find Them as Leta Lestrange. In 2017, Kravitz starred in the mystery thriller Gemini. That same year, she also appeared in the comedy film Rough Night and the animated superhero film The Lego Batman Movie, in which she voiced the comic book character Selina Kyle / Catwoman.

From 2017 to 2019, Kravitz starred in the HBO drama series Big Little Lies, in which she portrays Bonnie Carlson. Kravitz appeared in the 2018 science fiction action film Kin, and reprised her role as Leta Lestrange in Fantastic Beasts: The Crimes of Grindelwald, in a larger capacity. Also in 2018, she appeared on BBC Children in Need with Eddie Redmayne, setting up Alex Jones from The One Show with the help of children feeding the answers to the interview questions.

Future projects
Kravitz is also set to star as one of the leads in Viena and the Fantomes, and in Black Belle as a gunslinger in the American Old West. Kravitz will once again portray Selina Kyle / Catwoman, now in live action, in director Matt Reeves’ The Batman, which is scheduled for release on June 25, 2021. 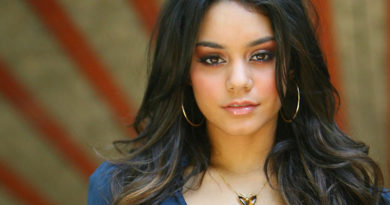 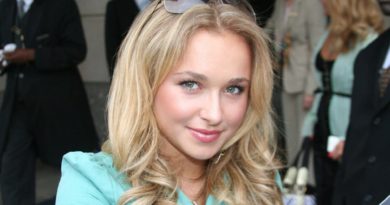