Any model dreams of one day receiving an offer from the “Victoria’s Secret”brand. For the elegant ” wings “with which the company’s girls go to the podium during shows, they are called”angels”.

Rosie Huntington-Whiteley is one of the most famous models-“angels”. Today, the girl does not work with “Victoria’s secret”, but this does not prevent her from remaining a popular model.

Childhood and youth
Rosie’s biography began on April 18, 1987 in Plymouth, England, and was born under the sign of the zodiac Aries. The girl’s father worked as a real estate agent, and her mother taught fitness. It is worth noting that on the father’s side, the model has noble roots: great-great-grandfather had the title of baronet.

Rosie was raised in the family with two children: a brother, Toby, and a sister, Florence, who were born later than the future celebrity.

In her youth, nothing about Rosie’s appearance suggested that she would become one of the world’s most famous models. At school, she was bullied for her small Breasts and full lips. Today it is one of the” business cards ” of a supermodel.

In an interview, the girl said that she was not offended by her classmates, but treated ridicule in a philosophical way. Rosie wore braces at school and was shy about smiling.

Rosie started her career as a schoolgirl. At the age of 15, the London model Agency “Profile” noticed the girl. Huntington-Whiteley combines excellent external data for the model (height 175 cm, weight 54 kg, figure parameters 81/61/86, 5). At the age of 16, after graduating from high school, Rosie made her first presentation for Levi’s denim clothing company. From that moment on, the career went up. In 2004, she starred for “Teen Vogue”, the same year she debuted on the catwalks of new York with Naomi Campbell.

Things were going better and better for Rosie, in 2006, the girl began working with the world-famous firm “Victoria’s Secret”. From 2008 to 2011, Rosie became the company’s “angel”. During the same period, the model signed a contract with the fashion house “Burberry” and got on the cover of the British version of “Vogue”.

In 2009, Huntington-Whiteley tries his hand at cinema. It was a short film made for the rather revealing “Agent Provocateur” clothing line. In it, Rosie played a girl whose boyfriend forgot about Valentine’s Day.

During the filming of the movie, Rosie did not forget about her main profession. In 2010, the model posed Nude for the annual “Pirelli” calendar, participated in the shooting of underwear collections from “Monsoon”, “Thomas Wylde”and” Full Circle”. Rosie has appeared on the covers of ” Harper’s Bazaar Russia “and GQ UK, and for” Love Magazine ” starred in a pin-up style. In the same year, the famous photographer Rankin (John Rankin Wadell) released the book “Ten Times Rosie”.

In 2011, the girl appeared on the covers of “Elle” and GQ, gave an interview to “Maxim” magazine and became the face of a new fragrance from “Burberry”. In 2013, the model starred with Helena Bonham-Carter in the Christmas video “Marks & Spencer “and became the face of the Australian cosmetics firm”Model Co”.

During her career, Rosie Huntington-Whiteley became the face of the brands “Dolce & Gabbana”, “Givenchy”, “Prada”, “Valentino” and others. 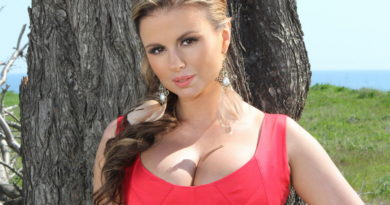 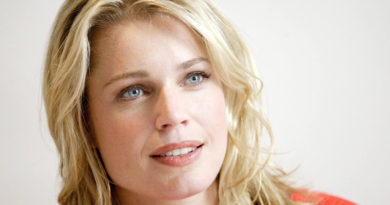