Signed by an agent at age 15, she made her acting debut at 16 on television and her feature film debut the following year in Jamón, jamón (1992) to critical acclaim. Her subsequent roles in the 1990s and 2000s included Open Your Eyes (1997), The Hi-Lo Country (1999), The Girl of Your Dreams (2000) and Woman on Top (2000). Cruz achieved recognition for her lead roles in the 2001 films Vanilla Sky, All the Pretty Horses, Captain Corelli’s Mandolin and Blow.

She has since appeared in films in a range of genres, including the comedy Waking Up in Reno (2002), the thriller Gothika (2003), the Christmas film Noel (2004), and the action adventure Sahara (2005). She was critically acclaimed for her roles in Volver (2006) and Nine (2009), receiving Golden Globe and Academy Award nominations for each. She won the Academy Award for Best Supporting Actress in 2008 for playing volatile painter María Elena in Woody Allen’s Vicky Cristina Barcelona. She was the first Spanish actress in history to receive an Academy Award and the first Spanish actress to receive a star at the Hollywood Walk of Fame.

Cruz has modelled for Mango, Ralph Lauren and L’Oréal. Penélope and her younger sister Mónica Cruz have designed clothing for Mango. Cruz has volunteered in Uganda and India, where she spent one week working with Mother Teresa; she donated her salary from The Hi-Lo Country to help fund the late nun’s mission.In 2015, Cruz co-produced and starred in the Spanish drama film Ma Ma, directed by Julio Medem. In it, she plays Magda, a gutsy mother and unemployed teacher, who is diagnosed with breast cancer, a role which Cruz later cited as “one of the most complex, beautiful characters I’ve ever been offered, the most difficult.” The melodrama was screened in the Special Presentations section of the 2015 Toronto International Film Festival, where it garnered generally negative reviews for its weepie story line. Cruz however was praised for her “aces performance,” which earned her an eighth Goya nomination at the 30th awards ceremony.

Cruz’s first film of 2016 was the American comedy Zoolander 2, co-starring and directed by Ben Stiller. In the sequel film, Cruz portrayed a secret Interpol agent who enlists models Derek Zoolander (Stiller) and Hansel McDonald, played by Owen Wilson, to help find out who is killing the world’s most beautiful people. Specifically written for her persona, Cruz, a fan of the original 2001 film, was one of the first actors to be cast in their parts. Upon its release, the film received generally negative reviews from critics, who felt that it had “more celebrity cameos than laughs.” Cruz’s other film that year was Louis Leterrier’s British spy comedy Grimsby, in which she played a powerful philanthropist, opposite Sacha Baron Cohen and Mark Strong. Cruz was reportedly offered $400,000 for her appearance in the film, which was released to generally mixed reviews from critics, who felt that the actress was highly underused and “looking even less invested here than she did in Zoolander 2.” As of March 2016, Cruz has various film projects in different states of production. She has reteamed with Fernando Trueba on his Spanish-language period pic The Queen of Spain, a sequel to Trueba’s 1998 drama The Girl of Your Dreams, also starring Cruz and set during the Spanish Civil War. She has also signed on to appear in Fernando León de Aranoa’s Pablo Escobar biopic Escobar, also starring husband Javier Bardem, and will start work with Iranian director Asghar Farhadi’s on his second foreign film in fall 2016. 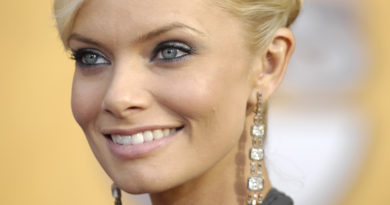