Her breakthrough role came when she played Katara in the 2010 film The Last Airbender. From 2013 to 2015, she co-starred as Bradley Martin in the A&E drama series Bates Motel. In 2014, she starred as Tessa Yeager in the fourth Transformers film, Transformers: Age of Extinction.

Peltz was born in Westchester County, New York, the daughter of billionaire businessman Nelson Peltz and model Claudia Heffner. She has one sister and six brothers, including Ottawa Senators professional hockey player Brad Peltz, and include actor Will Peltz. Peltz began acting as a child, and at 13 was starring in a Manhattan Theatre Club production of Blackbird, alongside Jeff Daniels.

Peltz made her film debut as Mackenzie in the Christmas comedy Deck the Halls (2006). She later co-starred as Becki in the comedy film Harold (2008), and in June 2008, she appeared in the music video for Miley Cyrus’ single “7 Things”. Two years later, she portrayed Katara in the fantasy adventure film The Last Airbender (2010), directed by M. Night Shyamalan. The film was universally panned by critics, including negative reaction to Peltz (who is Caucasian) portraying an originally Inuit character. Peltz was nominated for a Golden Raspberry Award for Worst Supporting Actress.

In 2013, Peltz began appearing as part of the main cast in A&E’s drama-thriller series Bates Motel. She portrays Bradley Martin, a love interest for the young Norman Bates, alongside co-stars Freddie Highmore and Vera Farmiga. She left the main cast following the second episode of the second season, but returned as a guest star for the final three episodes of the third season. Peltz appeared in 14 episodes total. On March 26, 2013, Peltz was cast as one of the lead characters, Tessa Yeager, in the fourth Transformers film Transformers: Age of Extinction (2014).

In 2014, Peltz also starred as Kate Miller, opposite Ben Rosenfield and Grant Gustin, in the teen drama film Affluenza. In October 2015, she walked the runway for Alexander Wang’s last fashion show for Balenciaga at Paris Fashion Week. She then joined the cast of the dark comedy film Youth in Oregon (2016), playing Annie Gleason, the daughter of Billy Crudup and Christina Applegate’s characters. Peltz appeared in the music video for Zayn Malik’s single “It’s You” in February 2016.

Peltz was cast as Chrissy Monroe in the Hulu drama series When the Street Lights Go On, based on a Black List script of the same name. She appeared in Alex Pettyfer’s directorial debut film Back Roads, and starred alongside Thomas Mann in the sci-fi film Our House, directed by Anthony Scott Burns. 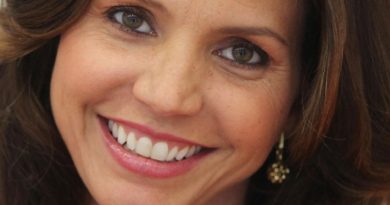