Jordana Brewster (born April 26, 1980) is an American actress and model.

She began her acting career in her late teens, in an episode of the soap opera All My Children in 1995. She followed that appearance with the recurring role as Nikki Munson in As the World Turns, for which Brewster was nominated for Outstanding Teen Performer at the 1997 Soap Opera Digest Award. She was later cast in her first feature film, Robert Rodriguez’s 1998 horror science fiction, The Faculty. She also landed a starring role in a 1999 NBC television miniseries entitled The 60s.


The Fast and the Furious

Her breakthrough role came in the 2001 action film The Fast and the Furious as Mia Toretto. She reprised the role in its sequels, Fast & Furious, Fast Five, Fast & Furious 6, and Furious 7. Other film credits include the 2004 action comedy film D.E.B.S., the 2005 independent drama Nearing Grace and the 2006 horror film The Texas Chainsaw Massacre: The Beginning, for which she received two Teen Choice Award nominations. She had a recurring role in the NBC television series Chuck. After guest roles in several television shows such as Dark Blue and Gigantic, Brewster starred as Elena Ramos in the television series Dallas between 2012 and 2014. She currently stars as Dr. Maureen Cahill on the Fox series Lethal Weapon.Brewster had her breakthrough role when she starred as Mia Toretto opposite Vin Diesel and Paul Walker in the car-themed action film The Fast and the Furious, which was a box office hit (with an over $207 million worldwide gross).Todd McCarthy of Variety.com stated that Brewster “is looking good and doing a better job here than she did as a searching teen in the recent The Invisible Circle.” After this film, she took a break from acting to complete her B. A. in English at Yale from which she graduated in 2003. The following year, she returned to acting by playing as a lesbian criminal mastermind in the action comedy D.E.B.S. (2004). She also appeared in the 2005 independent teen drama film set in late 1970s, Nearing Grace.


The Texas Chainsaw Massacre: The Beginning

In 2006, Brewster co-starred in the drama film Annapolis. Later that year, she appeared in the horror film The Texas Chainsaw Massacre: The Beginning. For her performance, Brewster was nominated for both “Choice Movie Actress: Horror/Thriller” and “Choice Movie: Scream” at the 2007 Teen Choice Awards.

Brewster portrayed the role of Mrs. Smith in Mr. and Mrs. Smith,a spin-off pilot to the 2005 film of the same name which was made for ABC. However, ABC decided not to commission the series. She also joined the cast of the NBC television series Chuck, as a recurring character, Jill Roberts, Chuck’s ex-girlfriend from Stanford appearing in four episodes of the show between 2008 and 2009.

Brewster returned to the role of Mia Toretto in the fourth film of the The Fast and the Furious franchise, Fast & Furious, which opened on April 3, 2009. The film was a commercial success, with an over $353 million worldwide gross. In an interview with AskMen.com, Brewster explained her character: “In the first one I’m more of a wallflower and it’s much more of a girlfriend-type role, but in I’m more of a woman. She’s far more tough. I deal with the repercussions of living in my brother’s world.”

In 2010, Brewster had multiple guest appearances in the television series Dark Blue, in which she played Maria, an art gallery dealer who flirts with Dean. She also guest appeared in the Gigantic episodes “Pilot: Part 1” and “Pilot: Part 2”.

Brewster appeared in the fifth film of the The Fast and the Furious franchise, Fast Five (2011). The film was a financial success, breaking box office records to become the highest grossing opening weekend in an April and the second highest opening weekend in Spring, earning $168 million. Brewster has starred as Elena Ramos on the TNT revival of the prime-time drama series Dallas (2012–2014). She also reprised her role as Mia Toretto in the sequels Fast & Furious 6 (2013) and Furious 7 (2015).

In June 2016, the Human Rights Campaign released a video in tribute to the victims of the 2016 Orlando gay nightclub shooting; in the video, Brewster and others told the stories of the people killed there.

In 2016, she started appearing in Lethal Weapon as Dr. Maureen Cahill. 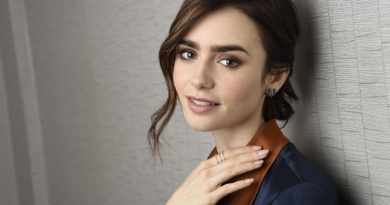