Malin Maria Åkerman (born 12 May 1978) is a Swedish and American actress, model and singer.

Born in Stockholm to Swedish parents, she was raised in Ontario, Canada, where the family relocated in the 1980s. In the early 2000s, Åkerman had several smaller television and film parts in both Canadian and American productions, including The Utopian Society (2003) and Harold & Kumar Go to White Castle (2004). Following a supporting role on the HBO comedy series The Comeback (2005), she gained her first co-starring roles in the romantic comedy films The Heartbreak Kid (2007) and 27 Dresses (2008). Åkerman played the female lead in the superhero film Watchmen (2009) as Silk Spectre II, a role for which she was nominated for a Saturn Award for Best Supporting Actress.

Åkerman had supporting and starring roles in the 2009 commercially successful romantic comedies The Proposal and Couples Retreat. In 2010, she became part of the main cast on the Adult Swim comedy series Childrens Hospital, which ended in 2016. She co-starred in four feature films in 2012, including the comedy Wanderlust and the musical film Rock of Ages. She later achieved her first lead television role with the short-lived ABC comedy series Trophy Wife (2013–14). In later years, Åkerman co-starred in the critically acclaimed I’ll See You in My Dreams (2015) and the commercial hit Rampage (2018). Since 2016, Åkerman has a main role on the Showtime drama series Billions as Lara Axelrod.

Apart from acting and occasional modelling, Åkerman had a brief music career as the lead vocalist for alternative rock band The Petalstones in the early 2000s, but eventually left to focus on her acting career. She has been married twice, to the band’s drummer Roberto Zincone, with whom she has a son, from 2007 to 2014, and British actor Jack Donnelly, whom she married in 2018.

Åkerman acted in two feature films in 2016, Misconduct and The Ticket, both of which received limited release. Critical reception of Misconduct was generally negative, while The Ticket attracted mixed reviews. Åkerman’s performance in the latter, as the wife of a blind man who regained his sight, was met with positive reception. The same year, Åkerman starred alongside Orlando Bloom and Kate Micucci on an episode of the Netflix comedy-drama series Easy, an anthology series with stand-alone episodes of different characters exploring relationships. Since 2016, Åkerman has been a main cast member on the Showtime drama series Billions, playing the role of Lara Axelrod, the wife of billionaire hedge fund manager Bobby Axelrod, portrayed by Damian Lewis. Åkerman enjoys playing the character due to her “no-nonsense” attitude. The series has received critical acclaim throughout its four seasons, and was renewed for a fifth season in May 2019. Åkerman will reportedly step down to a recurring role for the fifth season to accommondate for roles in other projects.

Åkerman was cast in Brad Peyton’s science fiction monster film Rampage (2018), based on the video game series of the same name, as Claire Wyden, the CEO of a company responsible for the infection and mutation of several animals. She liked playing a villain for the first time as it was a “good challenge”. She said, “I don’t think she had any redeeming qualities, but I don’t think characters have to have redeeming qualities. It’s quite fun to just enjoy being evil”. The film became a commercial success with a worldwide revenue of US$428 million, ending up as the twenty-first highest-grossing film of 2018. Critical reception was mixed, with some critics deeming it a “brainless blockbuster”. In 2019, Åkerman made a guest appearance on the Comedy Central educational comedy series Drunk History where she played accused murderer Beulah Annan. Åkerman played the role of Grace Richmond, the mother of Liana Liberato’s character, in Martha Stephens’ coming-of-age drama To the Stars (2019). The film premiered at the 2019 Sundance Film Festival to positive reviews from critics.

Åkerman signed on for an NBC drama pilot titled Prism in February 2019. The pilot, directed by Daniel Barnz, details a murder trial told through different perspectives of each key person involved, with Åkerman as public defender Rachel Lewis. NBC passed on the project in May 2019.

Upcoming projects
Åkerman has been cast in the comedy film Friendsgiving, directed by Nicol Paone in her directorial debut. Åkerman is also a producer on the project. She will play her first Swedish-speaking film role in the jukebox musical film En del av mitt hjärta, directed by Edward af Sillén and based on music by Swedish singer Tomas Ledin. The film is set for a Christmas 2019 release in Sweden. She is also set to star in The Sleepover, directed by Trish Sie for Netflix.

In 2020, Åkerman will play in the lead role of Ally in the CBS comedy pilot The Three of Us which was created by Frank Pines. 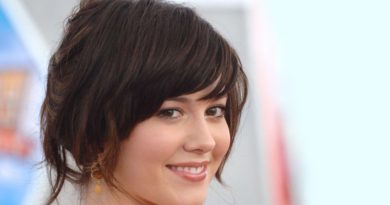 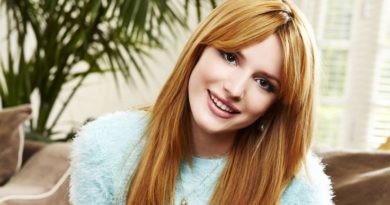