Earlier in her career, she was sometimes credited as Lucy Kate Hale. Hale first came to prominence as one of the five winners of the reality show American Juniors, a children’s spin off of American Idol. She is best known for her role as Aria Montgomery on the Freeform series Pretty Little Liars, which won her a People’s Choice Award for Favorite Cable TV Actress in 2014. The same year, she released her debut studio album, Road Between.

Hale moved to Los Angeles at age 15 in the hopes of getting a record deal. Shortly after, she started auditioning and received a minor role on Drake & Josh and other guest roles on shows such as Ned’s Declassified School Survival Guide, The O.C., and How I Met Your Mother. She appeared in two episodes of the Disney Channel show Wizards of Waverly Place. Hale appeared in NBC’s short-lived re-imagining of the Bionic Woman as Becca Sommers, younger sister to title character Jaime Sommers (played by Michelle Ryan). She made her big screen debut in The Sisterhood of the Traveling Pants 2 portraying Effie, the younger sister of Lena Kaligaris (played by Alexis Bledel). Hale then co-starred in the CW series Privileged as Rose Baker, with Ashley Newbrough and Joanna Garcia. She starred in the Lifetime TV movie Sorority Wars. In December 2009, Hale was cast as Aria Montgomery in the TV series Pretty Little Liars, based on the book series by Sara Shepard.[19] Hale won a 2010 Teen Choice Award (“Choice Summer TV Star: Female”) for her portrayal of Aria on the show. In January 2010, Hale guest-starred on the CSI: Miami episode “Show Stopper”. In August 2010, she was cast in a cameo in Scream 4. Hale was cast as the lead for A Cinderella Story: Once Upon a Song. Filming began in February 2011 and the film aired in January 2012. She hosted the April 25 episode of Punk’d where she successfully pranked Ian Harding, Vanessa Hudgens and Josh Hutcherson. On June 11, 2013, Hale announced that she is the new Ambassador of the beauty brand Mark Girl. On July 29, 2013, it was announced that Hale and Darren Criss would co-host the 2013 Teen Choice Awards on August 11, 2013. Hale described music as her “first love”. Her early musical influences were Shania Twain and Faith Hill, but what ignited her interest in pursuing music was Britney Spears’ “…Baby One More Time”. She also listened to Dixie Chicks. She recorded songs for A Cinderella Story: Once Upon a Song. She first appeared on television in the reality show American Juniors in 2003 and was part of the vocal quintet formed with the top 5 finishers, but the group disbanded in 2005 after lackluster sales. On June 12, 2012, it was announced that she had signed a record deal with Hollywood Records. Recording was set to begin later in 2012 with a single and a country album due in 2013. Kristian Bush of country band Sugarland said: “She sounds like Carrie Underwood—strong with a blues side and a pop side to it. And a lot like Faith Hill.” Hale’s debut single “You Sound Good to Me” was released on January 7, 2014, with her debut album to follow later in the year. The song’s accompanying music video was directed by Philip Andelman. On February 18, 2014, it was announced that the album would be called Road Between, and that it would be released on June 3, 2014. 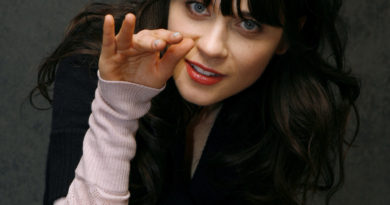 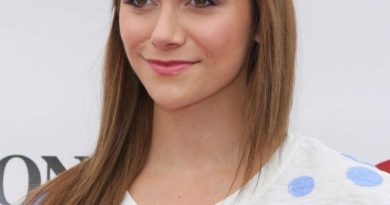