Lindsey McKeon is known for her roles as Marah Lewis on Guiding Light and Taylor James on One Tree Hill. She previously starred on Saved by the Bell: The New Class as Katie Peterson from 1996–2000.
In a June 2002 Victoria Advocate article, McKeon said of her character Marah “She could definitely make some smarter choices where men are concerned, but couldn’t we all?” and “I just hope she’s learned as much as I have after going through all of this.”

McKeon has appeared as a series regular in Fox’s The Opposite Sex and had a recurring role on Boy Meets World. Additional television credits include the lead in Class Warfare, a USA Network movie-of-the-week, and episodes of It’s Always Sunny in Philadelphia, Grounded for Life, Maybe It’s Me, Special Unit 2, 3rd Rock from the Sun, House and Odd Man Out.

Most recently, she has made guest appearances on the shows Supernatural and Veronica Mars, and on One Tree Hill as Taylor James, the sister of Haley James Scott played by fellow Guiding Light alumnus Bethany Joy Galeotti. Her film credits include Shredder and Class Warfare. 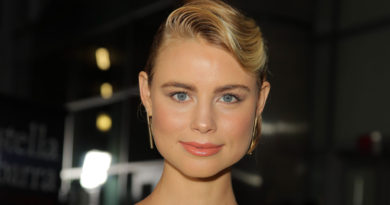