An English model and fashion model. She is also the editor-in-chief of the RunwayRiot website, a source of information about glamour for women of all shapes and sizes. Lawrence is a model of the Aerie brand, under which underwear from American Eagle Outfitters is sold, she is also the face of the NIDA brand and the creator of the NEDA Inspires Award.

Even if someone does not know the name of Iskra Lawrence, at least once on the Internet they met a photo of a smiling, curvy blonde with radiant eyes and the canonical figure of a”pear”girl. She is not just a model of women’s underwear, but also a girl with an active lifestyle, a public figure who sees her vocation in helping every woman to accept and love anyone.

Iskra Arabella Lawrence was born on September 11, 1990. She is an Englishwoman, studied at an English school, was an active girl, an athlete (she played for the national swimming team). Also, Iskra was distinguished by diligence in her studies and good indicators. She was even promised a career in science. However, the girl herself dreamed of being an actress and got a job in a youth theater at the age of 15.

The owner of a bright, attractive appearance and (at that time) a toned, athletic figure, Iskra attracted the attention of the editors of ELLE magazine. The girl took a high start, starting a career in a world-famous publication, but something went wrong.

Growing up, Iskra began to gain weight. It’s not that she’s put on a lot of weight. Just a sporty figure began to transform into a feminine one, like a “pear”. And now the slender girl became the owner of wide, not model, hips. In addition, as is often the case with “pears”, cellulite with stretch marks came side by side with feminine splendor.

Iskra herself was upset by this fact. In addition, representatives of the magazine insisted that she pull herself together, urgently go on a diet and lose weight. Otherwise … Iskra chose otherwise. She agreed to the termination of the contract.

Of course, having been in the modeling business for some time, the girl perceived her changes with a large share of emotions. She tried dietary restrictions, exercises, and, according to her, they did not have any effect. The girl almost ruined her health. But she stopped in time, realizing that just in her “shortcomings” is her main highlight.

So, Iskra sent out her photos to popular publications. Soon she was invited to a photo shoot.

The first work in the “plus size” mode for Iskra was an advertisement for swimsuits. The girl approached her work professionally and with dignity, and this campaign was a success. Women of all shapes and sizes saw themselves in the young model. And representatives of the American Eagle Outfitters store, which sells women’s underwear, paid attention to the model.

This contract brought Iskra Lawrence recognition. Now her imperfections have been accepted as advantages, a highlight, a “chip” of a young model.

Photoshop is really not necessary for Iskra. An image from the free access.
Iskra Lawrence solved her own problem of rejection of herself and society, and her next step was to help the same non-standard girls and women fall in love with themselves. The first step was the website of the model “Runaway Riot” where the model shares her photos without processing. Being an ambassador of the world of glamour, Iskra helps women who are not perfect from the position of the fashion world to love themselves.

To love yourself in the understanding of the model is health and a careful attitude to yourself. The beauty emphasizes that it is important to love yourself, make a program of healthy nutrition and training, monitor your health and be positive, do not get upset if individual beauty does not fit into the framework set by fashion.

Emphasizing health care, Iskra is also a brand ambassador for the National Association of Eating Disorders (NADA). She supports women online who are concerned about their own imperfection, reveals the secrets of glossy perfection, emphasizing that the ideal is the tricks of retouchers. She convinces fans that an imperfect appearance should not affect self-esteem and quality of life.

By her example, the model shows that a girl with a weight of 80+ is beautiful. An image from the free access.
The positive beauty disappeared from the radar for a while. It became known that Iskra and her boyfriend, songwriter Philip Payne became parents in April 2020.

Iskra and Philip. An image from the free access.
Now the young mother is enjoying time with her family, and does not regret the traces of pregnancy and childbirth at all. She believes that motherhood is very natural for a woman. So are his footprints. The purposeful girl continues her work as an ambassador of self-love, and also plans to star in a movie. And we have no doubt that this radiant spark will succeed! 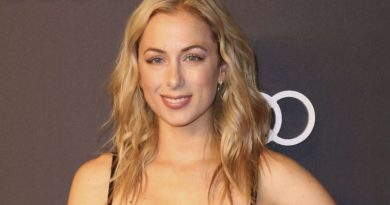 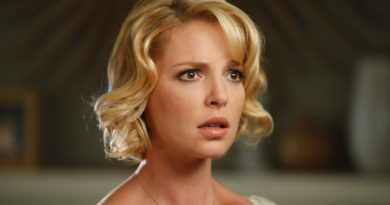