Amber Levonchuck was born on October 21, 1983 in Philadelphia, to Dorothy Rose and Michael Levonchuck.

Her father is of Irish and Italian descent and her mother is of Cape Verdean African and maternal Scottish descent from Ayrshire. She has one brother named Antonio Hewlett. Rose grew up in South Philadelphia.

At the age of 15, Rose began stripping, under the pseudonym “Paris”, to provide for her family after the divorce of her parents. Rose released her debut single “Fame,” which features Wiz Khalifa, on January 10, 2012, followed by a second single, titled “Loaded,” released on February 6, 2012. She then rapped on the eleventh track of her ex-husband’s album O.N.I.F.C., titled “Rise Above,” along with rappers Tuki Carter and Pharrell Williams, who produced the song. She was managed by Leticia “Tish” Cyrus, mother of singer Miley Cyrus, who is Rose’s and her ex-husband Wiz Khalifa’s close friend. In September 2009, Rose announced plans to launch her own eyewear line. In 2012, Rose opened a clothing line with her friend Priscilla Ono called Rose & Ono.

Rose guest-starred on an episode of Wild ‘N Out on MTV2, and had a role as “MaryWanna” in the film School Dance, which was directed by her manager, Nick Cannon in 2014. Simon & Schuster published her first book, How to Be a Bad Bitch, in which she offers advice and personal anecdotes on everything from finances and career to love and fashion. The cover features an image shot by famed photographer David LaChapelle. In 2015, Rose filmed “Walk of No Shame with Amber Rose” with Funny or Die. The viral video helped promote Rose’s SlutWalk, which took place on October 3, 2015 in Los Angeles, California. In March 2016, Rose launched an emoji app called MuvaMoji, featuring 900 emoji icons that she curated. Upon release, it shot to No. 1 on the App Store charts. She earned US$4 million from the app. In May 2016, it was announced that Rose would star in her own talk show entitled The Amber Rose Show on VH1, which debuted on July 8, 2016. On September 8, 2016, Rose began hosting Loveline. 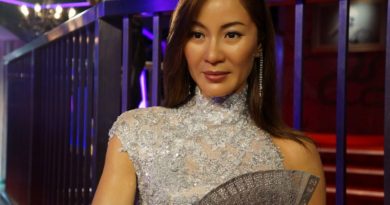 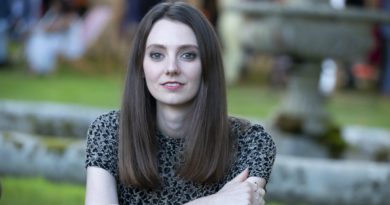