In 2008, she was nominated for the BAFTA Rising Star Award, while for her role as Tippi Hedren in the 2012 TV film The Girl, she was nominated for a BAFTA TV Award for Best Actress and a Golden Globe Award for Best Actress. Her film roles include the crime thriller Layer Cake (2004), the comedy Alfie (2004), the biopic Factory Girl (2006), the drama The Edge of Love (2008) and the military science fiction action film G.I. Joe: The Rise of Cobra (2009). In 2014, she starred in two biographical dramas, Foxcatcher (2014), playing Nancy Schultz, and American Sniper (2014), portraying Taya Renae Kyle.In 2001, she made her film début with South Kensington, with Rupert Everett and Elle Macpherson and later had a regular role in the television drama series Keen Eddie. In 2004 Miller had a supporting role in the remake Alfie with Jude Law and in Layer Cake. In 2005, Miller played the female lead opposite Heath Ledger in the period comedy drama, Casanova, followed by the role of 1960s socialite and Andy Warhol’s muse Edie Sedgwick in Factory Girl, which opened 29 December 2006. In 2007, Miller had a small role in Matthew Vaughn’s adaptation Stardust and played a starlet to Steve Buscemi’s reporter in Interview, another remake. Later in 2007, she portrayed an undead bride opposite James Franco in Camille.

In 2008 Miller appeared in the film version of writer Michael Chabon’s novel, The Mysteries of Pittsburgh and filmed The Edge of Love, with friend Keira Knightley, a biopic of Dylan Thomas in which she plays his wife Caitlin. She appeared in the 2009 live-action film adaptation of the comic book and cartoon G.I. Joe, G.I. Joe: The Rise of Cobra, playing The Baroness. She appeared in the film Hippie Hippie Shake, a Working Title production which starred Cillian Murphy, completed in 2009 but unreleased as of December 2016, and played the title role in Patrick Marber’s After Miss Julie on Broadway. She starred as Patricia in the London production of Flare Path at the Theatre Royal Haymarket in 2011. Then in 2012, she starred in The Girl, an HBO film about the relationship between director Alfred Hitchcock and actress Tippi Hedren.

Her 2015 films included High-Rise and Burnt. She will take over the role after Emma Stone’s scheduled departure from the production on 15 February and will perform for the remaining six weeks of the show’s engagement, until 29 March. She was selected to be on the jury for the main competition section of the 2015 Cannes Film Festival. She co-starred in Ben Affleck’s period crime drama Live by Night, which was released in late 2016 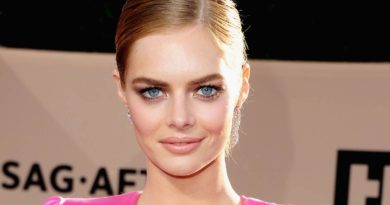 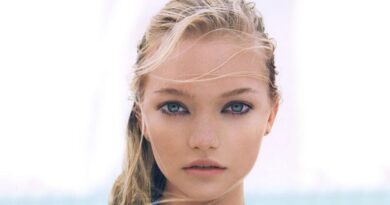