Morfydd Clark is a Welsh stage and screen actress.

Clark was born in Sweden, but moved to Cardiff, Wales when she was 2 years old. She is fluent in English and Welsh, and can speak a small amount of Swedish. After struggling with dyslexia and ADHD, she left school when she was 16. In 2009 she was accepted into British Youth Music Theatre’s production of ″According to Brian Haw″ and into the National Youth Theatre of Wales, before training at the Drama Centre London. She left in her final term to play the title role in Saunders Lewis’ play Blodeuwedd with Theatr Genedlaethol Cymru. She has appeared in Violence and Son at the Royal Court, as Juliet in Romeo and Juliet at the Crucible Theatre, Sheffield, and in Les Liaisons Dangereuses at the Donmar Warehouse. She played Frederica Vernon in Whit Stillman’s film Love & Friendship.

In 2016 she appeared in the film The Call Up and as Cordelia in King Lear at The Old Vic, In 2017 she starred in Interlude In Prague. and portrayed Catherine Dickens in The Man Who Invented Christmas. 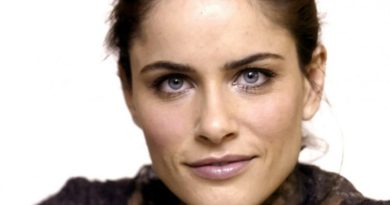