She has appeared in more than 50 feature films, had her first English-language role in the TV series Highlander in 1993, made her film debut at the age of 18 in The Story of a Boy Who Wanted to Be Kissed (1994), had her first leading role in the TV film Chloé (1996), and made her breakthrough in France playing Lilly Bertineau in the action-comedy Taxi (1998), which earned her a César Award nomination for Most Promising Actress. Cotillard made her Hollywood debut with the role of Joséphine Bloom in Big Fish (2003), and has received international acclaim and awards for her performances in films such as Tina Lombardi in A Very Long Engagement (2004), for which she won her first César Award for Best Supporting Actress, for her portrayal of the French singer Édith Piaf in the biopic La Vie en Rose (2007), Cotillard achieved worldwide recognition and won the Academy Award for Best Actress, becoming the first and (as of 2016) only actor to win an Academy Award for a performance in the French language and becoming the second actress, and one of only six actors to have won this award for a part spoken in a foreign language. She also won a BAFTA Award, her second César Award, a Lumières Award and a Golden Globe Award for La Vie en Rose.

Cotillard has alternated between French and English-language roles in mainstream and art-house productions, and is also known for being the face of Lady Dior handbags since 2008. Her performance of Luisa Contini in Nine (2009), earned her a second Golden Globe nomination and also her second Critics’ Choice Award nomination. She also played Fanny Chenal in A Good Year (2006), Billie Frechette in Public Enemies (2009), Mal in Inception (2010), Adriana in Midnight in Paris (2011), Dr. Leonora Orantes in Contagion (2011), Miranda Tate in The Dark Knight Rises (2012) and Lady Macbeth in Macbeth (2015).

In 2012, she received widespread critical acclaim for her performance as the double amputee orca trainer Stéphanie in Rust and Bone (2012), and was nominated for the Golden Globes, BAFTAs, Critics’ Choice, Screen Actors Guild and the César Awards. In 2014, Cotillard was highly acclaimed and awarded for her lead performances in The Immigrant (2013) and Two Days, One Night (2014), receiving a second Academy Award nomination for Best Actress for the latter, which was also her second nomination for a French-language film and the first time an actor was nominated for a Belgian film. Cotillard became one of only six actors to receive multiple Academy Award nominations for foreign-language performances. Her other notable films include La Belle Verte (1996), Furia (1999), War in the Highlands (1999), Lisa (2001), Pretty Things (2001), Love Me If You Dare (2003), Innocence (2004), Toi et Moi (2006), Dikkenek (2006), The Little Prince (2015) and April and the Extraordinary World (2015).

Cotillard was made a Knight of the Order of Arts and Letters in France in 2010 and promoted to Officer in 2016. In 2014, she was named “The Most Bankable French Actress of the 21st Century”, her films accumulating more than 37 million ticket sales in France from 2001 to 2014, and named “the great silent film actress of our time” by The Daily Telegraph’s Robbie Collin, for her ability to show emotions only with her eyes and facial expressions, although she has never appeared in a silent film. In 2016, she received France’s highest honor and was made a Knight of the Legion of Honour. In 2016, Cotillard plays Gabrielle in From the Land of the Moon, Marianne Beausejour in Allied, Catherine in It’s Only the End of the World and Dr. Sophia Rikkin in Assassin’s Creed. 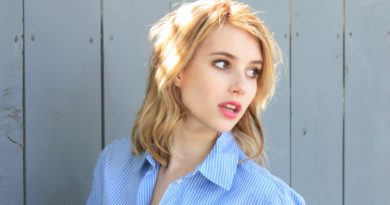