She began her acting career by starring in stage productions while attending the Tisch School of the Arts in New York. In 2001, she made her Broadway debut as Becky Thatcher in The Adventures of Tom Sawyer and starred in the Broadway revival of The Crucible the following year. In 2004, she appeared in the film Spartan and won praise for her performance in Gracie’s Choice.

Bell gained critical acclaim for her first major role as the title character in the teen noir drama television series Veronica Mars (2004–07). For her performance, she was awarded a Saturn Award for Best Actress on Television. She reprised the eponymous role in the 2014 film continuation of the series. During her time on Veronica Mars, Bell starred as Mary Lane in the film Reefer Madness: The Movie Musical (2005), a reprise of the role she had played in the New York musical upon which the film was based. From 2007 to 2008, Bell starred as Elle Bishop in the sci-fi drama series Heroes. From 2007 to 2012, she voiced the titular narrator in the teen drama television series Gossip Girl.

In 2008, she had her breakout film role as the title character in Forgetting Sarah Marshall. She has since appeared in a number of comedy films, including Couples Retreat (2009), When in Rome (2010), You Again (2010), The Boss (2016), Bad Moms (2016), and A Bad Moms Christmas (2017). Bell garnered further recognition for voicing Princess Anna in the Disney animated fantasy film Frozen (2013), the short films Frozen Fever (2015) and Olaf’s Frozen Adventure (2017), and the upcoming Frozen 2 (2019). From 2012 to 2016, she starred as Jeannie van der Hooven, the female lead on the Showtime series House of Lies. Since 2016, she has starred in the main role of Eleanor Shellstrop on the NBC comedy series The Good Place. In September 2014 Bell starred with her husband, Dax Shepard, in a commercial for the Samsung Galaxy Tab S. It was so popular (with over 20 million YouTube views) that they did another for the holiday season. The ad agency McKinney was behind both. In 2016, Bell voiced the sloth Priscilla in the animated comedy film Zootopia, and starred as Claire in the comedy film The Boss. Bell starred as Kiki in the 2016 comedy film Bad Moms, a role she reprised in the 2017 sequel, A Bad Moms Christmas. In late 2016, Bell began starring as Eleanor Shellstrop in the NBC comedy series The Good Place. Also in 2017, she appeared in the biographical comedy-drama The Disaster Artist, the action comedy CHiPs and the comedy How to Be a Latin Lover. In March 2017, Bell starred in an episode of the Houzz series My Houzz, in which she surprised her sister with a major basement renovation. In November 2017, she played a housewife (with Dax Shepard as her husband) preparing for a Christmas party in Sia’s music video for “Santa’s Coming For Us”. In 2018, she began hosting the web series Momsplaining with Kristen Bell, with episodes airing on the Ellen DeGeneres video platform Ellentube. In the series, Bell gives new and expecting mothers tips about motherhood. The title of the series is a pun on the commonly used term “mansplaining”. Bell later starred in the Netflix comedy-drama film Like Father. She also voiced the character of Jade Wilson in the animated comedy film Teen Titans Go! To the Movies and had a cameo voice role as Princess Anna in the animated sequel film Ralph Breaks the Internet. On September 20, 2018, Hulu confirmed that Bell is set to reprise her role as Veronica Mars in an upcoming 8-episode revival series. The series will debut in 2019. Bell is also set to reprise her voice role as Princess Anna in the 2019 animated musical sequel film Frozen 2. 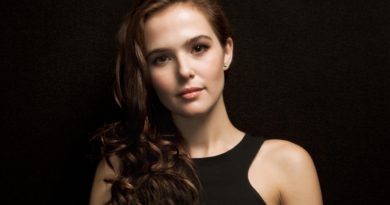 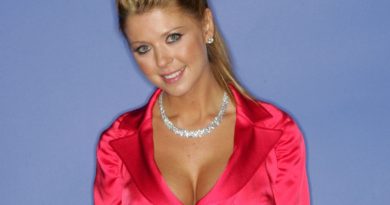