She made her film debut in The Horse Whisperer (1998) and appeared in Remember the Titans (2000), before landing a lead role as a teenage surfer in the box-office hit Blue Crush (2002). She also had roles in independent films, playing Dawn Schiller in the true crime film Wonderland (2003), and as Sandra Dee in the Bobby Darin biographical drama Beyond the Sea (2004). She also portrayed Lois Lane in Superman Returns (2006), and has had roles in Straw Dogs (2011) and Still Alice (2014).

Bosworth was cast as reporter Lois Lane in Bryan Singer’s superhero film Superman Returns (2006). She starred along with her Beyond the Sea co-star Kevin Spacey as Lex Luthor, as well as newcomer Brandon Routh as Superman. The film was a box office success and received mostly positive reviews. Bosworth’s performance however, was not well received among critics; Anthony Lane of The New Yorker noted, “The new Lois Lane, Kate Bosworth, is not a patch on Margot Kidder, or, for that matter, on Teri Hatcher, in the TV series.” San Francisco Chronicle film critic Mick LaSalle felt that Bosworth, at the age of 22 years, was too young to portray Lois Lane, and the climax did not “match the potential of the tiring 154 minute long film”. Although Bosworth’s performance was ambivalently received, she herself loved the experience of working on the movie. As she told Teen Vogue in August 2006, “You know how you have an experience, a time in your life when you feel you’ve come into your own? When you grow up a bit, and think, Now I get it? That’s how I feel. I feel a little bit more complete.” The movie grossed $52 million during its opening weekend in North America and went on to earn $391 million worldwide.

Bosworth starred as Louise in the psychological drama called The Girl in the Park with Sigourney Weaver, Alessandro Nivola and Keri Russell, written and directed by Pulitzer Prize winner David Auburn in his directorial debut. The film premiered at the 2007 Toronto International Film Festival, it has since been picked up by The Weinstein Company. Alissa Simon of Variety wrote that Bosworth “tries her best, but her character’s too extremely drawn.” Bosworth also filmed 21, an adaptation of the book Bringing Down the House, in early 2007 in Boston, Massachusetts and Las Vegas, Nevada. This film reunites her with co-star Kevin Spacey and director Robert Luketic. 21 garnered mixed reviews, with Joanne Kaufman of the Wall Street Journal concluding, “Very little adds up in 21.”

In 2006, she optioned the film rights to Catherine Hanrahan’s novel Lost Girls and Love Hotels and was set to produce the project alongside filmmaker Nadia Connors. As of 2016, the project was at a standstill. In 2010, she starred in the The Warrior’s Way, which was shot in New Zealand alongside Korean actor Jang Dong-gun and Geoffrey Rush. The film was one of 2010’s biggest box office flops, grossing only slightly more than $11,000,000 worldwide, but costing $42 million. She has said about her roles, “I just don’t do comfort zones.”


Fabric of My Life

In 2011, Bosworth contracted to sing the television jingle for Cotton Incorporated’s “Fabric of My Life” advertisement. On 4 December 2012, Topshop revealed that Bosworth was the “secret” women in the new Topshop Christmas Adverts.

Bosworth released ten films between 2011 and 2014, moving away from the big-budget Superman franchise into lower-budget film roles like Still Alice with Julianne Moore. The short film Lov, which was filmed in Slovenia, featured Bosworth and launched fashion designer Vanessa Bruno’s Fall 2011 campaign. 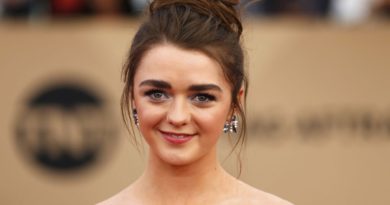