She is the daughter of actors Melanie Griffith and Don Johnson, and her maternal grandmother is actress Tippi Hedren. She had her screen debut alongside her mother in the comedy-drama Crazy in Alabama (1999) and was named Miss Golden Globe in 2006. Following high school graduation, she returned to acting with roles in the films The Social Network (2010), Beastly (2011), 21 Jump Street (2012), and Need for Speed (2014). She also starred in the short-lived Fox comedy series Ben and Kate (2012–2013).

She received international recognition in 2015 after landing the lead role of Anastasia Steele in the romantic drama Fifty Shades of Grey, which catapulted her to fame and earned her the People’s Choice Award for Favorite Dramatic Movie Actress and a BAFTA Rising Star Award nomination. The same year, she took part in Black Mass and A Bigger Splash. She also starred in the romantic comedy How to Be Single (2016), and reprised her role as Anastasia Steele in Fifty Shades Darker (2017) and Fifty Shades Freed (2018). In 2013, she had a role as one of the new hires on the “Finale” episode of The Office. Johnson played Anastasia “Ana” Steele in Fifty Shades of Grey, which was released in February 2015. Johnson won the role over Lucy Hale, Felicity Jones, Elizabeth Olsen, Danielle Panabaker and Shailene Woodley. On February 15, 2015, Johnson appeared on Saturday Night Live’s 40th anniversary special and hosted SNL on February 28, 2015, making her the second daughter of a former SNL host (after Gwyneth Paltrow, whose mother Blythe Danner hosted during the show’s seventh season in 1982) to host herself. Also in 2015, she reunited with her 21 Jump Street cast member Johnny Depp, playing the mother of his character’s child in the feature film Black Mass. In 2015, Johnson starred in Luca Guadagnino’s thriller A Bigger Splash, opposite Tilda Swinton, Matthias Schoenaerts and Ralph Fiennes. She also played a lead in the 2016 comedy How to Be Single, with Leslie Mann and her Date and Switch costar Nicholas Braun.

Johnson mentioned in the Autumm/Winter 2015 issue of AnOther Magazine, that she is already deep in ballet training to prepare for Luca Guadagnino’s remake of Suspiria. She will star with Schnoenaerts again in The Sound of Metal, where she plays a singer, and he plays a drummer who begins to lose his hearing. She is set to reunite with her The Social Network costar Armie Hammer for a thriller for writer and director Babak Anvari in a film adaptation of Nathan Ballingrud’s horror novella “The Visible Filth”. She will also star in and executive produce two films under her Silhouette Productions: Forever, Interrupted, where she will play a young widow, and Unfit, where she will play Carrie Buck in a fact-based 1920s courtroom drama based on the book Imbeciles: The Supreme Court, American Eugenics, and the Sterilization of Carrie Buck by Adam Cohen. She has also signed on to work on the independent feature film The Peanut Butter Falcon with Bruce Dern and Shia LaBeouf and Bad Times at the El Royale with Chris Hemsworth and Oscar Winners Russell Crowe and Jeff Bridges for writer-director Drew Goddard. 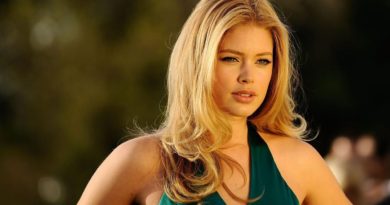 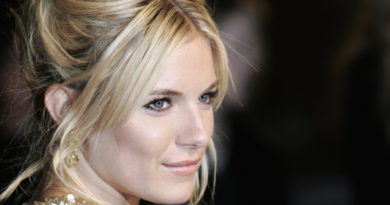