She is best known for her role as Ashley Stanton on Heartland.

Starting out in theater, in 2005, she crossed into television and film and was given her first lead in the story of the Canadian medical hero Norman Bethune in the television series Bethune, which filmed in rural China for two and a half months and attracted several million viewers. In 2006, Busby played a supporting lead in the Lifetime original film A Life Interrupted opposite Lea Thompson and also landed a series regular role on the series Heartland when she was cast as Ashley Stanton, a rich, self-righteous, competitive horseback rider. The series has been nominated for several Gemini Awards as well as winning a Director’s Guild of Canada prize and became one of the most popular shows on Canadian television.

In 2008 and 2009, Busby first landed the lead antagonist in the film Picture This alongside Ashley Tisdale, Shenae Grimes, and Kevin Pollak and appeared on the hit CW series The Vampire Diaries. In 2011, she appeared on the big screen in Fox 2000 Pictures’ The Big Year, in which she was seen opposite Steve Martin, Jack Black, and Owen Wilson.

In 2012, Busby filmed guest starring roles on the CW shows Supernatural, The L.A. Complex, and The Secret Circle. She was also seen as a lead in the SyFy movie of the week, Mega Cyclone, and more recently, was seen in 12 Rounds 2: Reloaded as the wife of WWE wrestler Randy Orton, in The Wedding Chapel playing a young Shelley Long, and in Hallmark Channel’s Lucky in Love opposite Jessica Szhor. Busby has been seen guest starring on USA’s Rush, TNT’s Proof and recurred on Hallmark Channel’s Debbie Macomber’s Cedar Cove. She starred in the independent films The Circle and 40 Below and Falling and was cast as the lead in A Puppy for Christmas. She also appeared in the Hallmark Movies & Mysteries original, Hailey Dean Mystery: Murder, With Love. 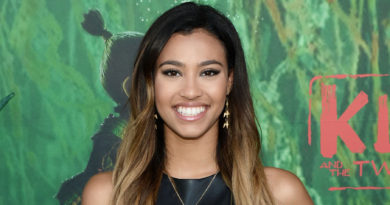 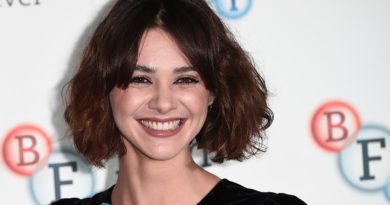