Signed by an agent at age 17, she made her acting debut at 18 on television and her feature film debut the following year in Venus Beauty Institute (1999), for which she received critical acclaim and won the César Award for Most Promising Actress. Her subsequent roles in the 1990s and 2000s included Le Libertin and Happenstance (2000).

Tautou achieved international recognition for her lead role in the 2001 film Amélie, which met with critical acclaim and was a major box-office success. Amélie won Best Film at the European Film Awards, four César Awards (including Best Film and Best Director), two BAFTA Awards (including Best Original Screenplay), and was nominated for five Academy Awards. Tautou has since appeared in films in a range of genres, including the thrillers Dirty Pretty Things and The Da Vinci Code, and the romantic Priceless (2006). She has received critical acclaim for her many roles including the drama A Very Long Engagement (2004) and the biographical drama Coco avant Chanel (2009). She has been nominated three times for the César Award and twice for the BAFTA for Best Actress in a leading role. She became one of the few French actors in history to be invited to join the Academy of Motion Picture Arts and Sciences (AMPAS) in June 2004. Tautou has modeled for Chanel, Montblanc, L’Oréal and many other companies. She is an active supporter of several charities. Tautou played the lead role in the biopic of fashion designer Coco Chanel, titled Coco avant Chanel, and directed by Anne Fontaine. Filming began in Paris in September 2008, and released in France on 22 April 2009. The script is partially based on Edmonde Charles-Roux’s book “L’Irrégulière” (“The Non-Conformist”). Instead of releasing Coco Before Chanel in the United States itself, Warner Bros. let Sony Pictures Classics handle the release there. The film grossed $6 million in the United States. Coco Before Chanel was nominated for four BAFTA Awards, three European Film Awards, six César Awards and the Academy Award for Best Costume Design. In 2011, she appeared in Delicacy, a French romantic comedy-drama directed by David and Stéphane Foenkinos and based on the novel of the same name by David Foenkinos. David was nominated for the 2012 Best Writing (Adaptation) César Award and the film was nominated as Best Film. She appeared in the music video of “I Love Your Smile”, a song by British singer-songwriter Charlie Winston. She was the host of the opening and closing ceremonies of the 2013 Cannes Film Festival. She was a member of the jury of the 2015 Berlin Film Festival. 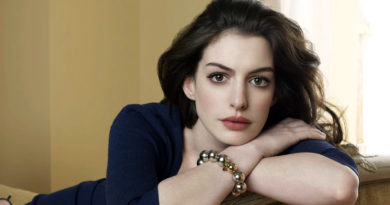