Following her performances with the theater group Faces, Saldana made her screen debut in a 1999 episode of Law & Order. Her film career began a year later with Center Stage (2000), where she played a struggling ballet dancer. She had played the role of Neytiri, the female lead and one of the main protagonists of James Cameron’s sci-fi film Avatar.

Saldana became known for her work in science fiction films, beginning in 2009 with her first of multiple appearances as Nyota Uhura in the Star Trek film series and her first appearance as Neytiri in the Avatar film series. She has also played Gamora in the Marvel Cinematic Universe, beginning with Guardians of the Galaxy (2014). Due to her appearances in some of the highest-grossing films of all time, such as Avatar and Avengers: Endgame, Saldana is the second highest-grossing film actress of all time, as of 2019. Her films have collectively grossed more than $11 billion worldwide

In 2013, Saldana reprised her role as Uhura in Star Trek Into Darkness, the sequel to the Star Trek reboot. Like the previous film, it was a box office success ending its North American theatrical run with a box office total of $228,778,661, placing it as the 11th highest-grossing film for 2013. It also earned $467,365,246 worldwide, ranking it in 14th place for 2013 and making it the highest-grossing film of the franchise. Saldana also voiced her character in the 2013 release of the Star Trek video game.

In 2014, Saldana played Gamora in the hit film Guardians of the Galaxy. Saldana said that she became Gamora through make-up rather than computer generated imagery (CGI) or performance capture. The film became the third highest-grossing film in the Marvel Cinematic Universe, behind The Avengers and Iron Man 3. It was the third highest-grossing 2014 film (behind Transformers: Age of Extinction and The Hobbit: The Battle of the Five Armies), and the highest-grossing superhero film of 2014.

The film was met with positive reviews and Saldana was nominated for numerous awards including Critics’ Choice Movie Award for Best Actress in an Action Movie, Favorite Action Movie Actress at the People’s Choice Awards and Best On-Screen Transformation at the MTV Movie Awards.

In May 2014, she performed in Rosemary’s Baby, a television miniseries adaptation of Ira Levin’s horror novel. Saldana also co-produced the four-hour, two-part show. In 2014, Saldana was recognized by Elle magazine during The Women in Hollywood Awards, honoring women for their outstanding achievements in film, spanning all aspects of the motion picture industry, including acting, directing, and producing.

Also in 2017, Saldana played Mrs. Mollé in I Kill Giants, Anders Walter’s adaptation of Joe Kelly’s graphic novel I Kill Giants. Shooting commenced in Ireland in September 2016. Also that year, she appeared in My Little Pony: The Movie, where she performed the voice of pirate parrot Captain Celaeno.

On May 3, 2018, she received a star on the Hollywood Walk of Fame, honoring her legacy in the motion picture industry.

She will reprise her role as Neytiri in the sequels Avatar 2 and Avatar 3 which will release in 2021 and 2023 respectively. 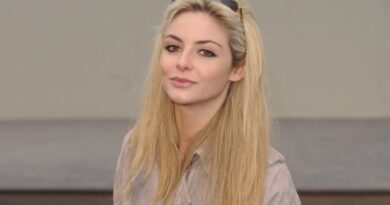 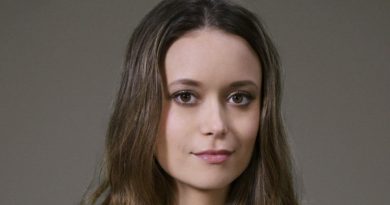