Sedokova came to prominence in 2002 as a member of pop girl group Nu Virgos, known in the CIS countries as VIA Gra and in which she was nicknamed Anya (Ukrainian; Russian: Аня). Following two years in the “golden line-up” of the group, she pursued a solo music career in 2006. The singer released a string of singles until her debut album, Lichnoe, was released in 2016 to commercial success, peaking at number two in Russia.

Simultaneously to her music career, Sedokova achieved popular recognition as an actress and television presenter in Ukrainian and Russian productions. From 2004 to 2006, Sedokova was married to Belorussian footballer Valentin Belkevich. After that, in 2011 she married businessman Maxim Chernyavsky. Now she lives in Los Angeles with her two daughters. Between 2002 and 2004 she was a member of the Nu Virgos pop group. She appeared in a movie titled Cinderella and another based on a Gogol book, which was called The Evenings on the Homestead. Her 2006 role in The Tunguska Meteorite was a turning-point and in 2008 she acted in The Power of Attraction. Her most recent movie is Pregnant. Sedokova has also started a solo-singer career. Her first video for the song “My Heart” reached the top of the charts and gained her an “Audience Appreciation” Award at the “5 STARS“ Sotchi Music Festival. Afterwards, she did a video for her song “The Very Best Girl” and “I Am Getting Used”. Both videos were huge hits in Russia and Ukraine. But TV wouldn’t let Sedokova go. “TVStar Superstar”, the most expensive show in the country’s history, went on air on the “Ukraine” Channel in 2008. Every Sunday Sedokova was in the live broadcast of a 3-hour show with 400 participants. In 2009 Sedokova was named the best TV Host of the country by “Elle” magazine. Sedokova’s TV career developed – she became one of the faces of First Channel, the biggest Russian-speaking channel in the world. She also became a host of the show ‘King of the Ring’. Besides, Sedokova hosted “The New Songs About the Most Essential Thing” – a big live concert in which the best 50 performers of the country participated. She also took part at ‘Two Stars’ and ‘Stars on Ice’ shows and entertained the public with a well received creative performance. These projects attracted tens of millions of viewers and became the highest rated shows on Russian TV. In 2011, Sedokova has become the face of “Project Runway Russia”. Same year, “Pregnant”, movie with Sedokova as a lead actress, had a great success. Sedokova’s first book “’The Art of Seduction” is still a bestseller in Russia. The theme of this book should be of no surprise to her audience – several years in a row Sedokova remains receiver of ‘Sexiest Female Award’ as well as “Most beloved star” award (given to a star popular with all generations and both genders). She was also named ‘The Most Desirable Female Performer’ in Russia. In 2014 the singer was criticised in Ukraine for having accepted awards in Russia while many Ukrainians believed their country was a victim of Russian aggression. 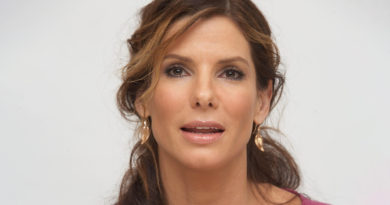